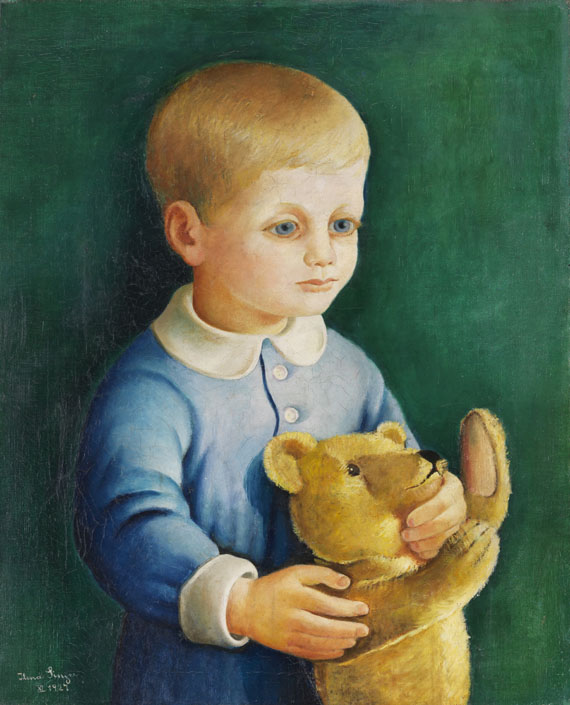 • One of the artist's few known paintings.
• A depiction characterized by a concentrated clarity.
• A work with an eventful history.

PROVENANCE: Collection Margit Hahn, Offenbach/Prague (the artist's sister, until July 8, 1943).
Trust Office Prague (1943/44, confiscated from aforementioned).
Jewish Central Museum, Prague (obtained from aforementioned in July 1944).
Jewish Museum Prague (successor of aforementioned organization, 1945-1967).
Private ownership (between 1967 and 1994 after it disappeared from the Jewish museum under unknown circumstances).
Private collection Czech Republic.
Amicable agreement with the heirs afterMargit Hahn (2020).
The work is free from restitution claims. The offer is made in amicable agreement with the heirs after Margit Hahn on basis of a fair and just solution.