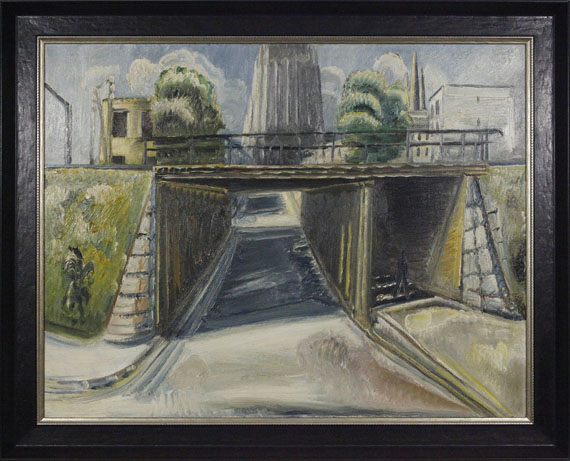 We are grateful to Dr. Barbara Lipps-Kant for her kind upport in cataloging this lot.

"Motifs from Ulm and the surroundings became common in Paul Kleinschmidt's work since the Ulm factory owners and art collectors Martin and Wilhelm Bilger had becaoe his patrons. Ulm, where he had relocated to from Berlin in 1932, was the starting point of his odyssey through Europe for political reasons."
Dr. Ingrid von der Dollen, FÃ¶rderkreis Expressiver Realismus, Bad Honnef