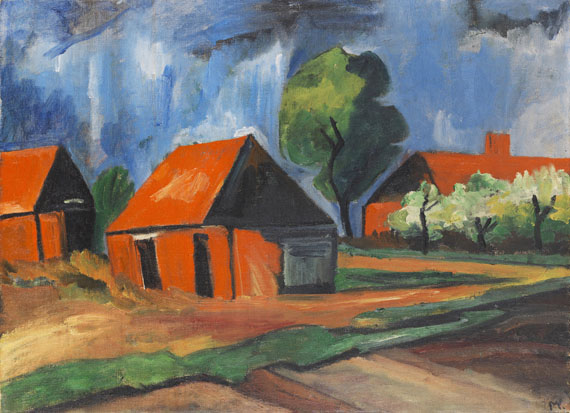 Ingrandire
+
121000526
Hermann Max Pechstein
Rote Häuser, 1922.
Olio su tela
Stima: € 200,000 / $ 234,000
Descrizione oggetto
Rote Häuser. 1922.
Oil on canvas.
44.3 x 60.8 cm (17.4 x 23.9 in).
The same subject can be found in a signed and dated watercolor from 1922. (Lit.: Zwischen Tradition und Moderne. Ölbilder, Zeichnungen, Graphik, Plastik, catalog 38, Galerie Rosenbach, Hanover 1988, cat. no. 162)
Regarding the question of the monogram "MP", Prof. Dr. Aya Soika mentions in her expertise that a number of works with belated "signatures" or "monograms" are known that were not inscribed by the artist.
• Rediscovered in an Americna private collection in 2016.
• The painting of the same name "Rote Häuser" (1923) was also made in Leba and is part of the collection of the Sprengel Museum in Hanover.
• Fascinating bright composition that is borne by the contrast between the calmness of the deserted scene and the dynamic of the looming thunderstorm.
• Strong abstract examination of the motif of the red fisherman's house in vast nature, which Pechstein fancied since his first trips to the North- and the Baltic Sea.
• The motif of the red houses had fascinated Pechstein since his first trips to North- and Baltic Sea and became a popular motif of the "Brücke" artists.

Essay
Leba in Pomerania was a place of renewal for Pechstein's work and thus of formative importance. Pechstein felt particularly connected to the local landscape and its people. In contrast to the hectic city of Berlin in the years after the First World War, Pechstein seemed to have found a longed-for ideal of a peaceful life there, where Pechstein also met his second wife Marta Möller, the daughter of the owner of a small seaside inn where the Berlin painter and his first wife Lotte stayed. In Leba the artist and his wife had, so to speak, "crossed over" fallen in love with the two children of their innkeepers and thus initiated a time of upheaval in their private lives. Pechstein finally married Marta Möller, who was then just 18 years old after he got divorced from Lotte in September 1923, and Lotte later married Marta's brother Hermann. This spirit of optimism and the originality of this almost untouched landscape impression, which was new to him, shaped his painterly work of this time in a particularly rich manner, so that Pechstein went back to the motifs and the knowledge gained in Leba even after the Second World War. 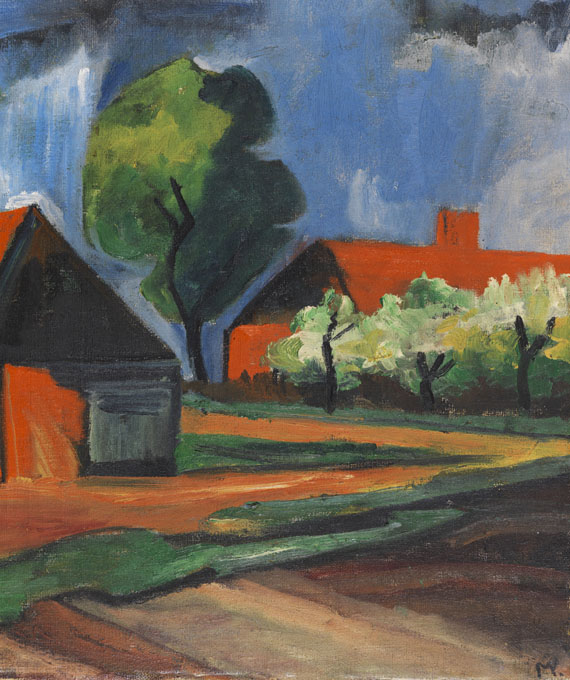 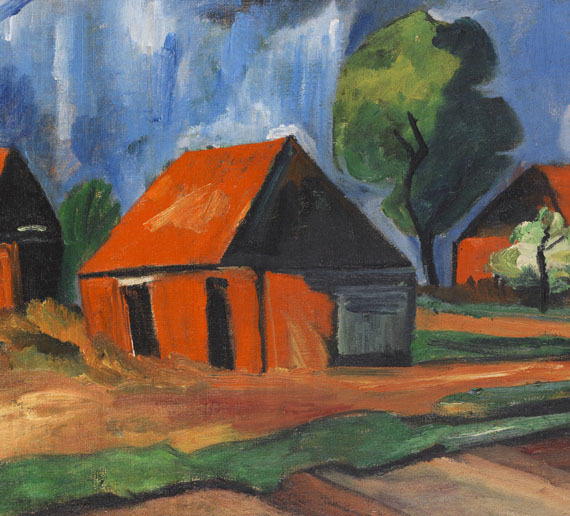 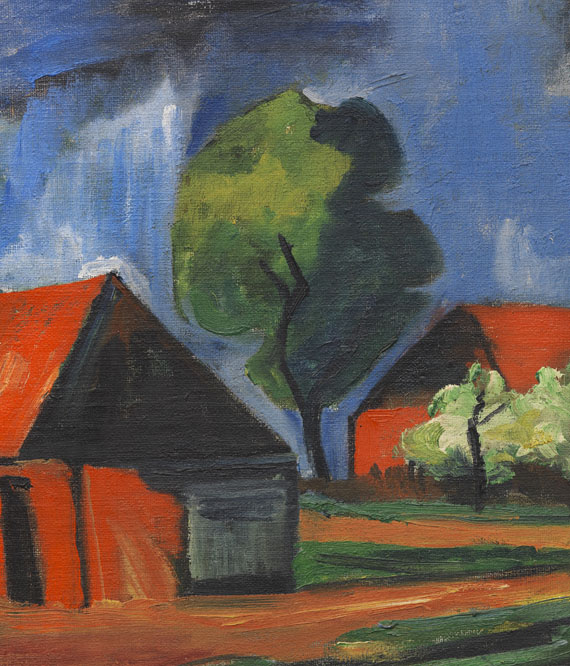 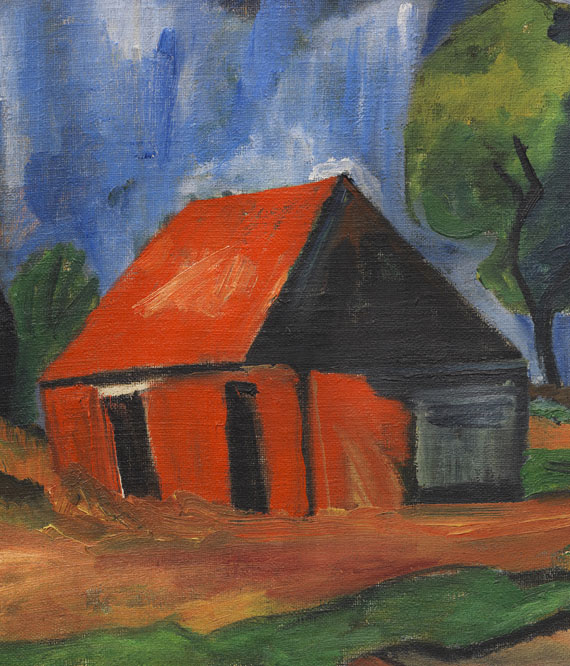 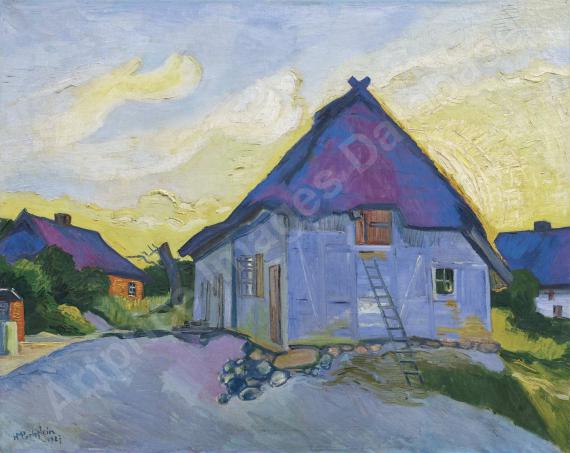 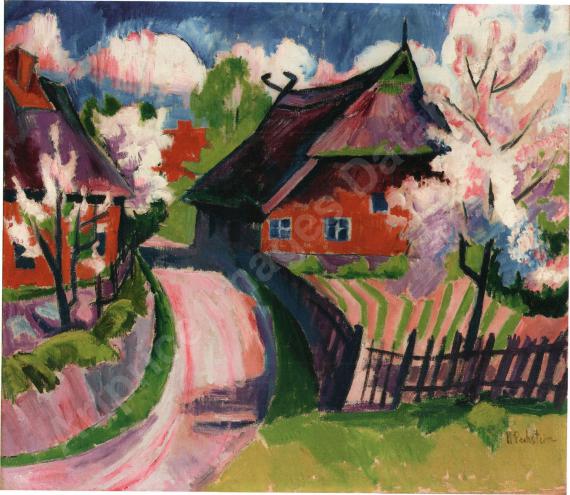 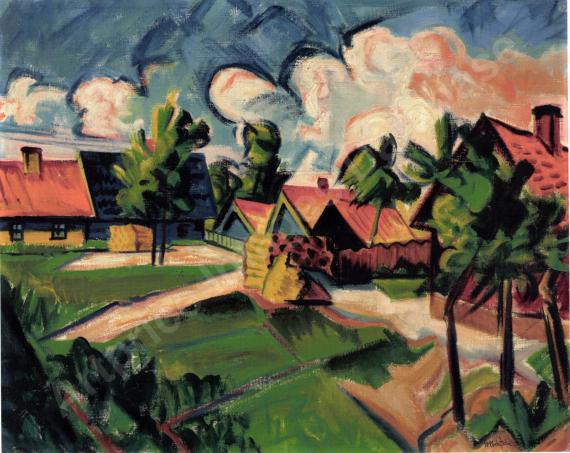 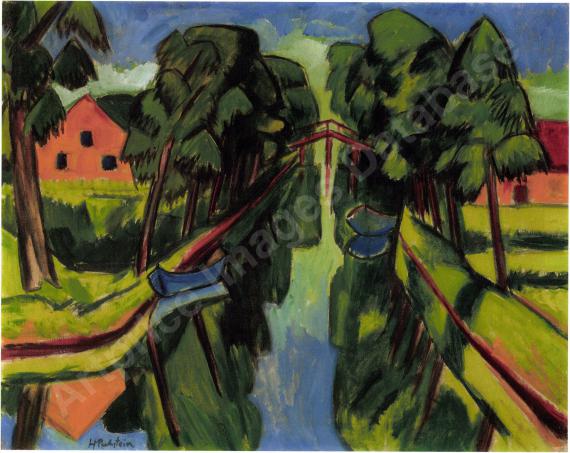 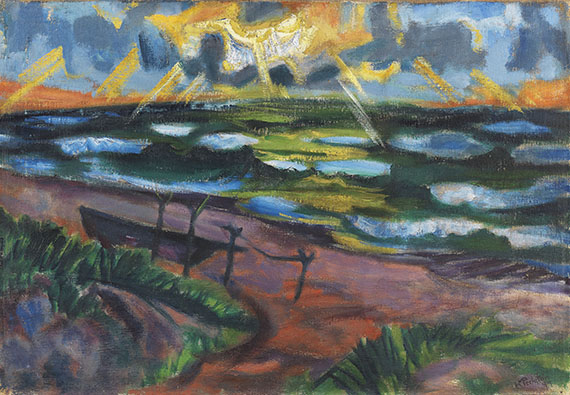 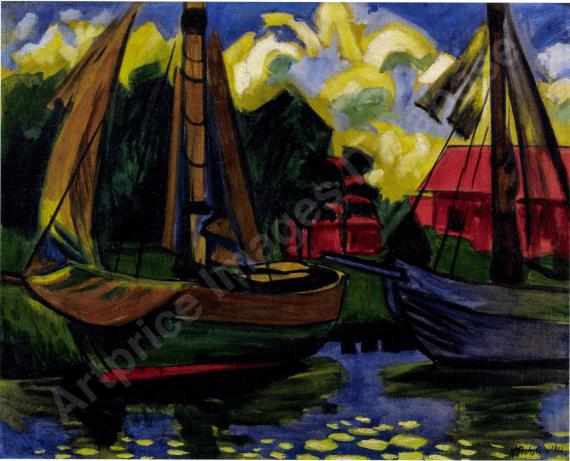