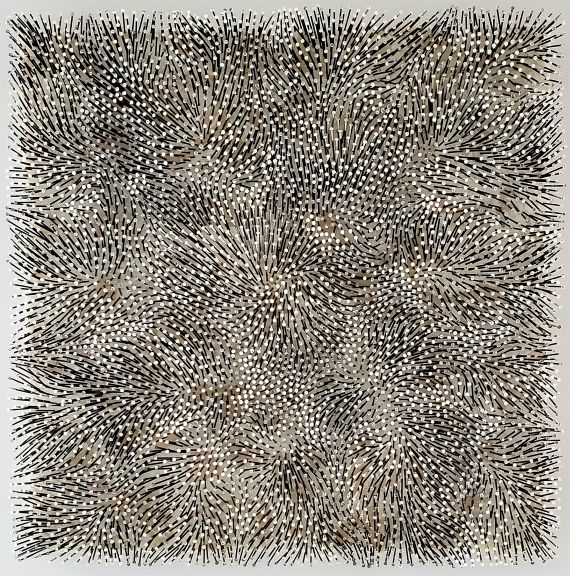 • Rare large-size force field with a strong pictorial character.
• Particularly dense and highly dynamic nail work.
• Ever since it was made it has been part of a Berlin private collection, and is now showcased for the first time.

This work is registered in the Uecker Archiv under the number GU.94.038 and will be noted for inclusion in the forthcoming Uecker Catalogue Raisonné.

"If you watch him [Uecker] at work, like I did, you get the impression that he places the nails in the field almost blind and fast as lightning in just one single action, he only sees the field as a whole after completion or when exhaustion forces him to stop. [..] The spontaneity of most of his large fields can be understood as a continuation of Action Painting - just with different means, whereas Uecker does not explain the picture from within the action but the action from within the picture."
Dieter Honisch, in: Günther Uecker. Zwanzig Kapitel, p. 60.

Essay
Our highly dynamic large-size work "Weißes Feld" (White Field) from 1993 is a prime example of Uecker’s nail pictures which provided the basis for the ongoing international acclaim of the "ZERO" artist. Shortly after this work was made it came into the ownership of a Berlin collector and is now showcased for the first time. Since the 1960s Uecker has been exploring his nail field, a subject that he invented in context of his artistic endeavors around the nail, his signature means of artistic expression to which he added a spiritual-poetic dimension. Starting with small formats, he laid out his dense nail whirls in ever larger arrangements.
Since the 1980s Uecker began to use large carpenter nails which he places on the image carrier in an increasingly less orderly arrangement, instead he structures the image area with strongly expressive motions. He also leaves the nail shaft unpainted so that he can make use of the stronger contrast of light against dark for his composition, which is brought to life through the increased light and shade effect. Uecker’s works from the 1980s and the 1990s are characterized by a much harder and more vehement process of creation than it is the case with the formally reduced works from the 1960s.
While the individual nail in earlier works had to blend in with the strict arrangement of the nail shafts’ general choreography, it seems that it had become increasingly emancipated, committing itself to counter-motion and willing to face fascinating confrontations. Uecker’s unique creations, which began to abandon the formal aloofness and monochrome severity from the 1980s onward, call reminiscence of landscape impressions. While Uecker’s nail fields from the 1960s merely resemble gently moved grainfields, his later works– among them our impressive "Weißes Feld" – look more like fields or dune landscapes in a storm, impressions of nature that coined Uecker’s childhood on the peninsula of Wustrow in the Baltic Sea.
In December 2014 our house sold the work "Weißer Wind" from 1992, which almost looks like a counterpart to our work in terms of make and size, with great success. Accordingly, we are proud to present a market-fresh and epic work like "Weißes Feld" from this arresting period of creation.
In 2005 Günther Uecker’s lifetime accomplishment was honored in a grand retrospective at the Martin-Gropius-Bau in Berlin. Today most of his works are in possession of renowned private and public collections, among them the Folkwang Museum Essen, the Museum Frieder Burda, Baden-Baden, the Neue Nationalgalerie and the Hamburger Bahnhof in Berlin. Owing to his inimitable oeuvre, Uecker is not only one of the most important contemporary artists, but also an art market phenomenon. His works realize ever higher prices and especially his large-size nail fields have made for regular record results over the past couple of years. The top position is currently held by a nail relief from 1997 sold for 2.5 million in London in March 2017. [JS]
Ulteriori informazioni
+
Vendere
Desidera vendere un simile oggetto?
+
Registrare di
Günther Uecker
+
Domande sull´acquisto
+
Contattare esperti
169
Günther Uecker
Weisses Feld, 1994.
Stima:
€ 500,000 / $ 550,000
Risultato:
€ 1,687,500 / $ 1.856.250
(25% commissione inclusa)
+ Nacondi dettagli
Ulteriori informazioni
+
Vendere
Desidera vendere un simile oggetto?
+
Registrare di
Günther Uecker
+
Domande sull´acquisto
+
Contattare esperti
Altre immagini 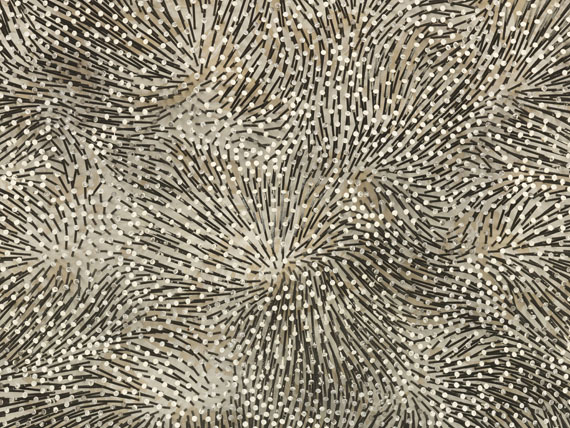 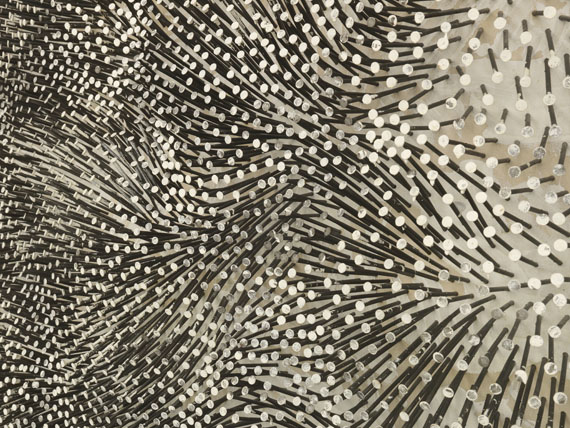 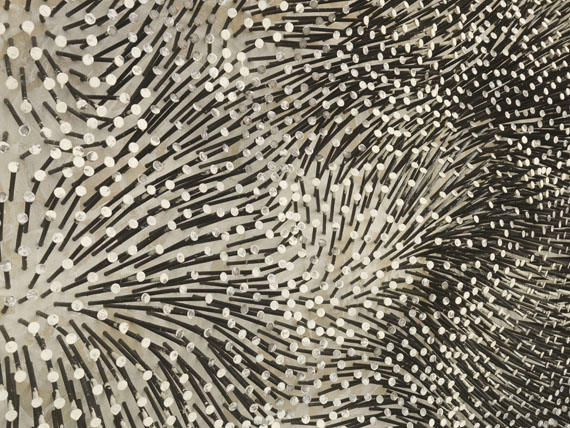 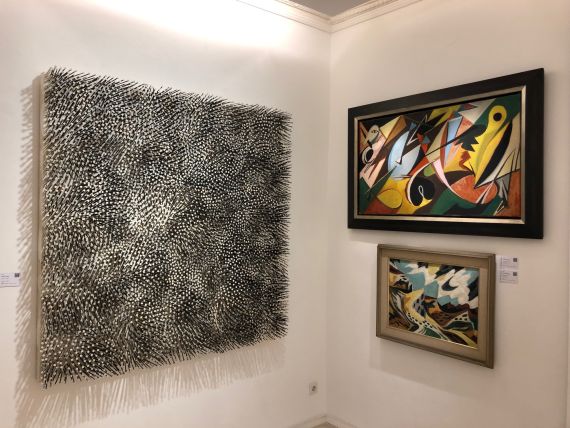